Is the concept of success damaging? 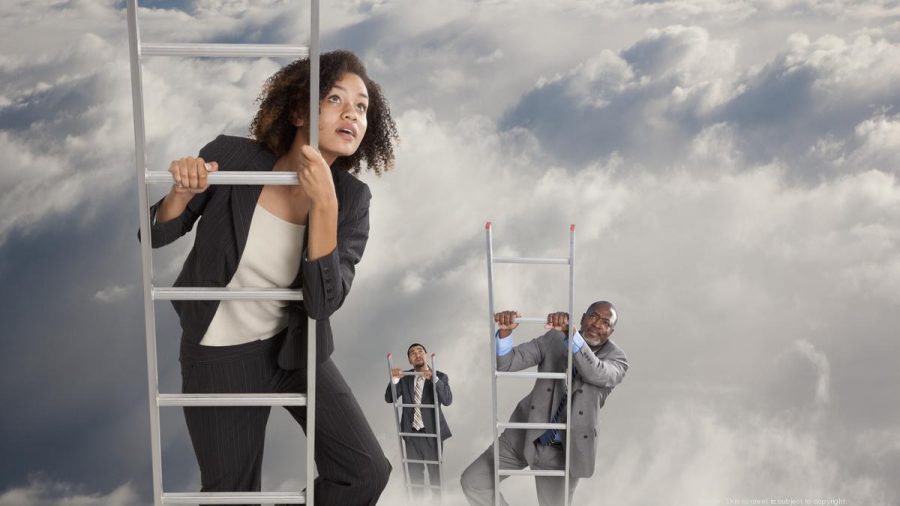 Success is what crafts society’s innate aversion to survival and the act of breaking hold of the shackles of opposition and those around them, as a means to paint the canvas of prosperity. What exactly makes one successful? Is it carving one’s name in the heart of the world and leaving it so as to make others aware of one’s presence?

Success can be measured through a small subset of goals in everyday in life such as promising to do well on an exam given by an administrator or improving one’s work ethic in order to boast themselves a hefty promotion at their occupation because this sort of success is merely satisfaction pioneered through the idea that one is on the correct path and life, never having yet strayed away from it since the human mind always fends to occupy itself in some way, as the mere thought of doing absolutely nothing in life and being without purpose is the greater terror that invades the mind. So to defend against this, one must lean towards their aspirations and their dreams so as to not be left behind in the constant race of others looking for that very same success in their own goals.

This very truth tells one that the world is divided between those who are successful and those who struggle to make ends meet, but one may also realize that those with and without success are constantly struggling to pull one another together and earn more of their attention, yet if this is the case, then one’s standard success is their only accomplishment, for example, a man fights to become richer than all those before him, this man in particular has made his supposed success his only accomplishment, that is to say if it is completed.

The modern world has fabricated the idea of success and rapidly shifts the success of people onto each other, meaning that each of them are starving for that treatment, that success, that attention, that individuality, until the original goal they aspired to achieved is no longer their goal and is instead replaces with constantly having others hold place in the cavern of stimuli, with the beholder settling on ways to trap them through means of social media posts advertising one’s bizarre, yet attractive lifestyle that others who will compare themselves to them would consider their own lives to be mundane and stale. This very notion entails that people desire to feel like movie stars and celebrities who feast selectively on attention and readily reprimand their imperfections so as to remain strangely stagnant, strangely similar, strangely normal, like the others who too pride themselves on these attributions, making their lives built on a false sense of individuality, one forming place only in the mind that fears it will once be lost to the sea of the world and never brought back to the surface.

In psychology, this very phenomenon is similar to that of FOMO or fear of missing out on the things that others embellish themselves in, effectively meaning that one’s own presence being left is enough to make others no longer remembered them and forget all bonds formed previously and in correlation with FOMO and social media and according to Psychology Today  “People who showed more FOMO also showed more problematic social media use.” They found that people who showed high FOMO also were more depressed, anxious, and neurotic than those with lower FOMO. Moreover, high FOMO was linked to a higher fear of negative evaluation. In contrast, people with lower FOMO had a higher level of self-discipline than those with high FOMO.

What this means, is that FOMO and social media are dangers to the mind, but that of course doesn’t mean one must stop using them, instead evaluating their purpose for using them and whether its simply to communicate with friends and family or internally using it as a means to fuel desperation for attention by said friends and family as well as that moreover, one must look through their own meaning of success, not through the rose colored lenses of others, but through themselves, as others cannot simply define it for you, they can only tell you what success means on the surface, as the world beyond that stands in the individual’s domain and not elsewhere.