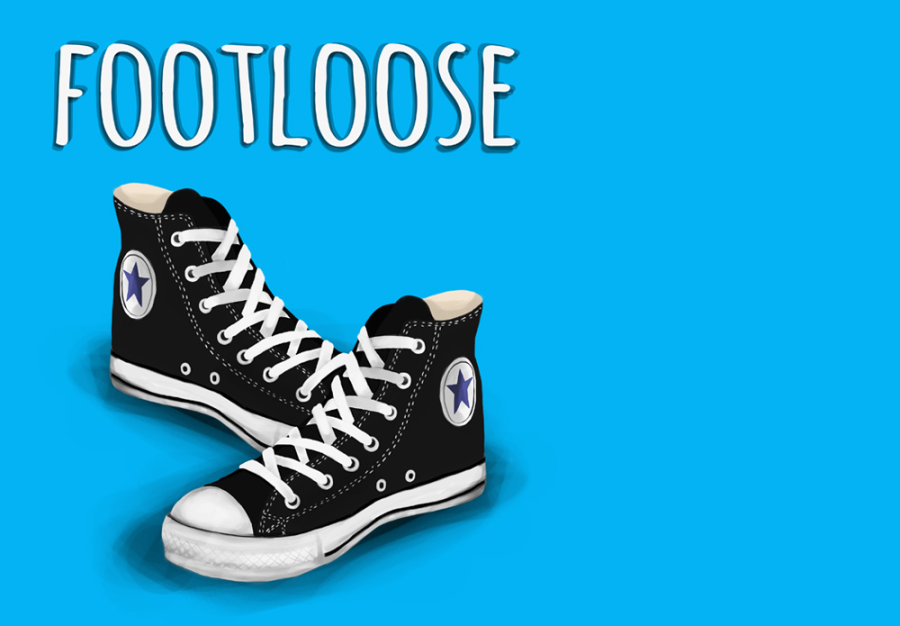 Footloose the movie was released in 1984. Directed by Herbert Ross and starring Kevin Bacon and Lori Singer, the story follows a young man named Ren who moved from the big city of Chicago to a small town in the Bible belt, Bomont. Ren’s passion for dance is immediately shut down upon finding it is illegal in the town. The Broadway musical opened in 1998.

Overbrook did an amazing job in their rendition of Footloose. The choreography, done by student Simone Pratt, was clean and lively. Vi (Natalie Sosing), Ethel (Amaya Bullock), and Ariel’s (Lyanie Pagan)  performance of “Learning to be Silent” was powerful and the actresses did an amazing job of showing their characters. But the number that really stood out was “Holdin’ Out for a Hero” and the powerhouse vocals that were provided.

Ren McCormack (Santino Magazzu) was a triple threat in Overbrooks’ performance of Footloose. Magazzu played an amazing rebellious teenager turned leader. He was very present on stage and made great choices. Opposite him, Ariel Moore (Lyanie Pagan) was the perfect leading lady. She brought a sassy, passionate, and emotional performance, and her character was very well developed. Together, the couple had wonderful chemistry, and their duet, “Almost Paradise”, had their voices blending really well.

The antagonist of the show, Reverend Shaw Moore (Xavier Vargas), had the audience going from being against him to sympathizing. It was hard to believe that a teenager was playing him, and Vargas definitely put all of himself into his character. The family was complete with Vi Moore (Natalie Sosing). The two of them showed the pain of realizing that their child may be outgrowing them.  Another member of the supporting cast who did a great job was comic relief, Willard Hewitt (Jeremy Davis). Every time Willard came on stage, the audience was laughing at his every word and action.

On the technical side, the show was also very well done. All of the costumes matched the characters very well. The lights were always right on time, and added so much to scenes. The sound could have been a little better, as the actors sometimes were not heard well over the musicians, but there weren’t too many issues. The running crew were quick and efficient.

Overall, Overbrook did an amazing job with their performance of Footloose. Every individual brought strong and committed performances, and I hope to see another one of their productions in the future.